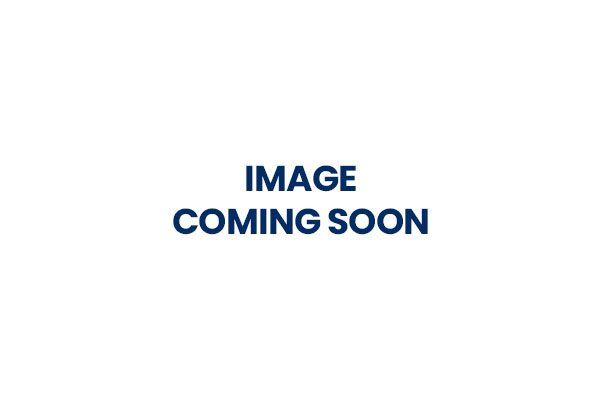 Amalia Dache studies the role of place in education.

And no place holds her focus like Cuba. An Afro Cuban American who still has family on the island, Dache has been closely following the protests that started July 11, but have roots dating back decades.

Dache traveled to Cuba in 2018 and 2019 to research the Afro Cuban experience, and the opportunities that existed — or were closed off from — the island nation’s significant Black population. Her findings challenged many of the Cuban government’s statements about access to education, health care, and jobs, while also detailing stories of repression and persecution.

Since the start of the protests, policymakers and journalists in the United States and around the world have sought out her expertise on the closed off country.

“I can’t ever stop thinking about Cuba,” Dache said.

We asked Dache why Cubans are in the streets, what the internal blockade Cuba’s government imposes on its people entails, and what many Americans get wrong about life in Cuba since the revolution.

Q: Why are we seeing anti-government protests in Cuba now?

This is a historic moment for Cuba and all of Latin America. The wave of protests that started July 11 was sparked by shortages of food and Covid-19 vaccinations as the pandemic sweeps across the island.

But the momentum behind these protests has been building for years. Rappers and artists, notably the San Isidro Movement, have been calling for democratic reforms since 2018. If you listen to the song ‘Patria Y Vida’ — meaning Homeland and Life — you are hearing the voice of people who are tired of a repressive regime, tired of having family members disappear, tired of not having access to the internet, and tired of not having many of the basic necessities of life.

Q: Afro Cuban youths are leading many of these protests. What should Americans know about the Afro Cuban experience?

Afro Cubans are central to Cuba’s story, even if the regime doesn’t tell it that way.

While accurate information is hard to come by, it’s estimated that seventy percent of Cubans are of African descent. When Castro’s government came to power, it declared an end to racism. And since there was no racism, they also outlawed all  Afro Cuban organizations and centers of the Afro Cuban community. It would have been as if the United States had outlawed the NAACP and Black churches after the Civil Rights Act passed. Black Lives Matter would not be allowed to exist in Cuba today.

My research very clearly challenged the idea that all or most Cubans have direct access to education or the medical establishment. It’s just not the case.

Since then, we’ve seen the regime limit opportunities for Afro Cubans. In my research, I spoke to Afro Cuban families who lost their small businesses during the revolution and were never able to recover financially. I spoke to people whose access to education — something the regime brags about internationally — was cut off because they wouldn’t align with the communist party – the party that rules all Cuban civil society, all institutions, including systems of education.

Cuba’s president calls the predominantly Afro Cuban neighborhoods with high rates of poverty where these protests started marginalized. How could there be marginalized neighborhoods in a supposed post-racial egalitarian society?

Q: Your family is Cuban, but you also spent time there as a researcher in 2018 and 2019. What did you learn and how did it change your thinking about the regime?

First, every person I interviewed was afraid to speak. They knew that telling their life story came at great personal risk. If I wasn’t Cuban and people weren’t able to make introductions on my behalf, I don’t know how many interviews I would have been able to conduct. That helps illustrate how little Americans and others around the world truly know about the lives of everyday Cubans, especially Afro Cubans.

In interview after interview, I heard stories of repression and cruelty, from the founding of the Cuban state to today. Women who had to give birth without access to pain medication. Unclean hospitals. People who had been jailed for long periods because of suspicions about their political beliefs.

I also saw how the regime used food access as a tool of repression. At one point, the taxi drivers who drive working people — not tourists — went on strike over a dispute after the government refused to allow them to raise fares. The government ended the strike by pulling milk from stores across Havana.

Every time I went back, something basic was missing from the shelves. It seemed like you could never get bread and butter at the same time. I saw how the government makes people devote so much energy to getting food or finding food that they don’t have time to complain about the taxis, or the lack of internet, or the crumbling hospitals.

Q: The United States has imposed a long-standing trade embargo on Cuba. If that were lifted, would Cuban people be better off?

No. It’s very hard for me to say that as someone who still has family living in Cuba. But lifting the embargo would not magically improve their lives. Here’s why: To understand the US embargo, it’s important to know about the internal blockade the Cuban government imposes on its own people.

For example, the US embargo does still allow for food and medicine sales to Cuba. The Cuban government buys $100 million worth of chicken from producers in the United States annually. It sells that chicken to the Cuban people at a marked-up rate, sometimes at double the cost, and uses the profit to fund the regime.

Other countries trade freely with Cuba, but because the government is heavily involved, the internal blockade keeps those profits from reaching the Cuban people. Poor neighborhoods — Afro Cuban neighborhoods — get the worst of the shortages. The police and military get money for new cars and surveillance technology.

Q: Since the start of the start of these protests, some Americans have talked about the role of “white Cubans” play in influencing US policy toward Cuba. Is that a fair characterization?

Like I said earlier, it is important to recognize that the Cuban dictatorship created a racist and classist society that keeps Afro Cubans poor and without power. But ideas of race and class among Cuban people are different than they are in the United States, and Americans are distorting the picture when they project their racial dynamics onto Cuba.

There is an assumption in the United States, often wrong, that lighter skinned Cubans and Cuban Americans are the descendants of rich families who were the losers of Castro’s revolution. These ideas about “white Cubans” both ignore history and buy into the regime’s propaganda. Instead, we should remember that Cubans ended Spanish colonialism by working as a multiracial coalition, and Cubans and Cuban Americans of all races and classes have been working against the regime for decades.

Right now, the whole Cuban community — on the island, in the United States, and around the Caribbean — is asking the international community pay attention and help create needed change. We might have political differences, especially about things like US domestic policy, but we share a common goal of a free, equitable Cuba. 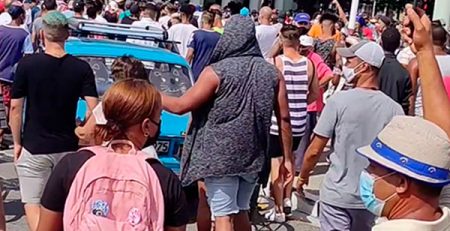 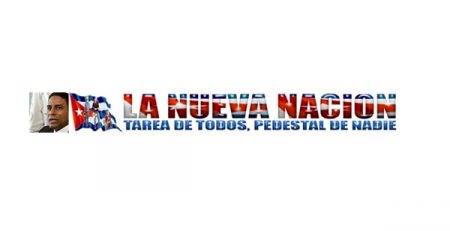 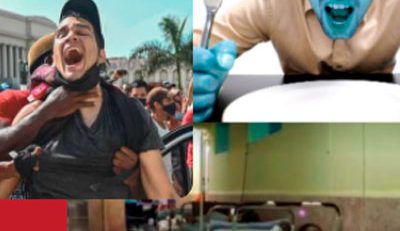 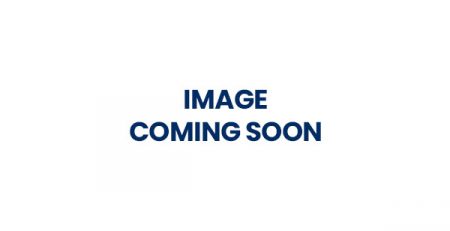 The frustrations that burst into public view this month have been simmering for decades. By Jorge Felipe-Gonzalez About the author: Jorge... read more 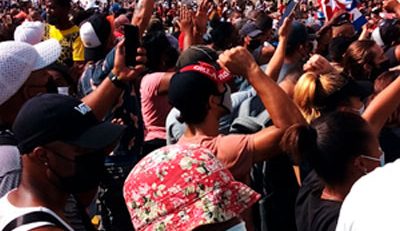 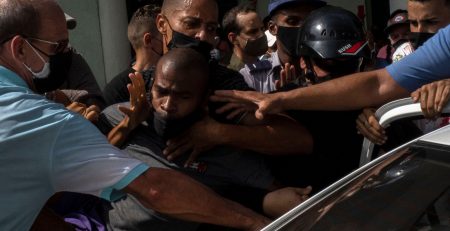 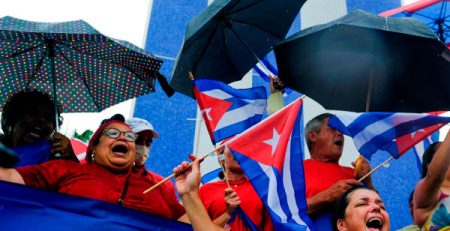 Emigres in the Little Havana neighborhood react as they gather following reports of protests in Cuba against its deteriorating... read more