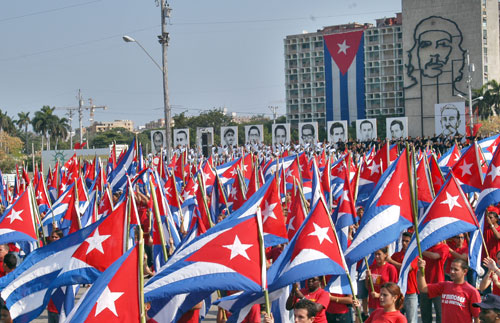 In 1902, the U.S. ended the occupation and Cuba launched into nationhood with fewer problems than most Latin American nations.  Prosperity increased during the early years, militarism seemed curtailed, social tensions were not profound.  Yet corruption, violence and political irresponsibility grew.  A second United States intervention and economic involvement weakened the growth of Cuban nationality and made Cuba more dependent on its northern neighbor.

The 1930s saw a major attempt at revolution, prompted by a cruel dictatorship, the economic hardships of the world depression, the growing control of the economy by Spaniards and North Americans, and a series of international events that included the Soviet and Mexican revolutions and student revolts in Latin America.  A group of Cubans led by students and intellectuals and supported by the military sought radical reforms and a profound transformation of Cuban society.