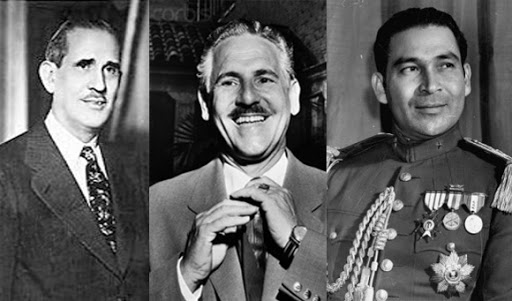 The overthrow of the regime of Gerardo Machado in 1933 catapulted Ramon Grau San Martin, a University of Havana physiology professor, and a group of students into power.  Grau issued a series of progressive measures that broke with Cuba’s past.  Yet, the short lived revolution of 1933 failed. The rise of militarism, the opposition of the United States, and divisions among Cuban political elites and within the revolutionary ranks returned the island to less turbulent times.

Fulgencio Batista, an obscure army sergeant, emerged as the leader of the military after overthrowing the U.S. trained officers.  The military became the arbitrer of Cuban politics.  First through de facto ruling and finally with the election of Batista to the presidency in 1940.  Batista collaborated with Grau in drafting the liberal Constitution of 1940, now without the Platt Amendment.

The end of World War II and the end of this early Batista era brought to power the inheritors of the 1933 revolution.  In the democratic election of 1944 Grau San Martin became president and four years later, his ally, Carlos Prio Socarras was elected.