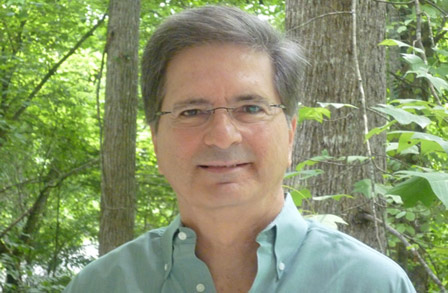 Dr. Gustavo Pérez Firmat was born in 1949 in Havana, Cuba.  His family left the island in 1960 when the Castro government nationalized the family business.  He was raised in Miami, Florida. He attended Miami-Dade Community College, the University of Miami, and the University of Michigan, where he earned a Ph.D. in Comparative Literature. He taught at Duke University from 1979 to 1999 and is the David Feinson Professor in the Humanities at Columbia University. He serves on the editorial advisory board of Chiricú.

Pérez Firmat is a member of the American Academy of Arts and Sciences and has been the recipient of fellowships from the John Simon Guggenheim Foundation, the National Endowment for the Humanities, the American Council of Learned Societies, and the Mellon Foundation. In 1995, Pérez Firmat was named Duke University Scholar/Teacher of the Year. In 1997 Newsweek included him among “100 Americans to watch for the 21st century” and Hispanic Business Magazine selected him as one of the “100 most influential Hispanics” in the United States. In 2004 he was named one of New York’s thirty “outstanding Latinos” by El Diario La Prensa. He was featured in the documentary CubAmerican and in the 2013 PBS series Latino Americans.