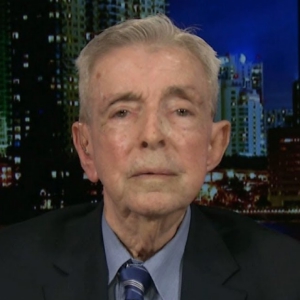 Jorge Salazar-Carrillo was born in Cuba in 1938.  He attended the University of Miami, earning a Bachelor of Business Administration degree, and was nearing completion of law school in Havana when he fled to the United States in 1960. He went on to earn Masters and Ph.D. degrees in Economics from the University of California, Berkeley.

Salazar-Carrillo is Professor in the Department of Economics at Florida International University and has served as Director of the Center for Economic Research. He joined the FIU faculty in 1980, previously serving as a Senior Fellow at the Brookings Institution and Professorial Lecturer at Georgetown University. His fields of expertise include international economics and economic development. His research has covered all fields of economics, both in developed and underdeveloped countries. He has edited and authored over a hundred articles and book chapters, and over sixty books. Currently, his research interests concern the recent economics of Asia and Latin America (including Cuba), and U.S. macro and microeconomics.

Salazar-Carrillo served as member of the Dr. Antonio Jorge Social and Economic Development Council of Miami-Dade County. Some of his additional career accomplishments include serving as Director in the Economics Group of the Cuban Ministry of Finance during 1959-1960, and Commercial Attaché to the European Commission and Belgium, representing Cuba. He advised several international institutions in Washington, and was Director at the United National Development Program Mission in Rio de Janeiro. He was one of the originators of the International Comparisons Project, has also been a forensic economist in over fifty legal cases, and served as Director of several banks. He also worked as an associate for Robert Nathan Associates, an economic consulting firm.

He has also served on the Executive Board of the Cuban American National Council, as First Vice President of the Collegium of Cuban Economists, director of the Cuban Banking Study Group, and Executive Committee member of the Association for Study Cuban Economy.