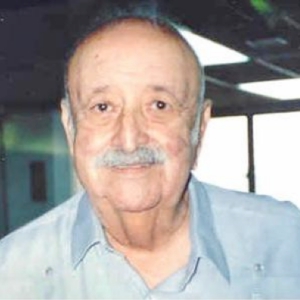 Leví Marrero was born in Santa Clara, Cuba. When he finished his university studies, he exercised the teaching staff and journalism that allowed him to participate in the civic struggles for the progress and freedom of Cuba. In 1940 he began to teach at the Chair of Geography and History of the Secondary Education Institute of La Víbora, Havana.  Around 1951, he was general superintendent of Higher Secondary Education and served as Professor of Economic History of Cuba.

Geographer, economist, historian, writer and journalist, in 1960 he resigned in a public letter to his position as delegate to the OAS, urging Minister Raúl Roa to abandon Castro’s communist revolution. He took refuge in the Venezuelan embassy in Havana and arrived in that country at the beginning of 1961, where he was received by President Rómulo Betancourt. There he received for his work the order Andrés Bello, the highest Venezuelan civil decoration. In 1965, he moved to Puerto Rico, practicing as a professor in Humacao, in 1968-69 he lived in Seville, Spain, collecting data in the Archivo de Indias, for his work: Cuba: Economy and Society (17 volumes).  Marrero died in San Juan, Puerto Rico, on March 10, 1995