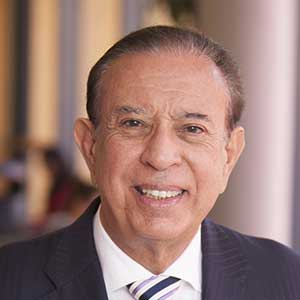 He was born in Havana, Cuba in 1940. He earned a BS (1962), MS (1964), and PhD (1970) in electrical engineering from the Massachusetts Institute of Technology. He also completed the Program for Management Development at the Harvard Business School in 1975.

Maidique has served as a member of the faculty at MlT, Harvard, and Stanford. He co­ founded Analog Devices Semiconductor, served as CEO of Collaborative Research (now Genome Therapeutics) and as general partner of venture capital firm Hambrecht & Quist. Throughout his career, he has served as executive in high technology firms, director for multinational high technology giants and as professor and lecturer.

Maidique has published several articles in academic journals and is a contributing author to various books. Some of his works include “The Art of High Technology Management” with Robert Hayes, “The New Product Leaming Curve” with B.J. Zirger, and Strategic Management of Technology and Innovation with Robert Burgelman.