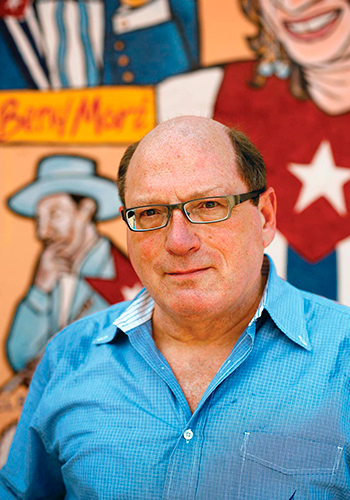 Oscar Hijuelos was born on August 24, 1951 in New York City.  His parents, Pascual and Magdalena (Torrens) Hijuelos, were both from Holguín, Cuba.  He spent a year in Connecticut while recovering from a childhood illness.  During that time, he lost his knowledge of Spanish, his parents’ native language.

Hijuelos started writing short stories and dramas.  His first novel, Our House in the Last World, was published in 1983, and won the Rome Prize of the American Academy of Arts and Letters. This novel follows the life of a Cuban family in the United States during the 1940s.

His second novel, The Mambo Kings Play Songs of Love, narrating the American immigrant experience, received the 1990 Pulitzer Prize for Fiction. It was adapted in 1992 into the film The Mambo Kings, starring Armand Assante and Antonio Banderas, and as a musical in 2005.

Hijuelos taught at Hofstra University and was affiliated with Duke University, where he was a member of the faculty of the Department of English for 6 years before his death.

Hijuelos also received an Ingram Merrill Foundation Award in 1983, the year he published his first novel, Our House in the Last World. In 2000, he received the Hispanic Heritage Award for Literature. In 2003 he received the Luis Leal Award for Distinction in Chicano/Latino Literature.

On October 12, 2013, Oscar Hijuelos collapsed of a heart attack while playing tennis in Manhattan.