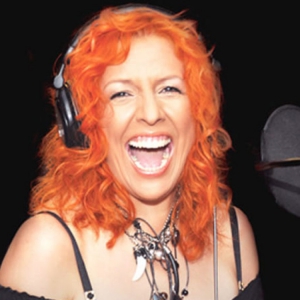 Born in Havana, Cuba in 1962, Albita Rodriguez emigrated to Miami, Florida in 1993 after first living in Colombia.  Her parents were Martin Rodriguez and Minerva Herrera, popular in Cuba for their take on the country’s folk music.

Albita has strong roots in Cuban folk music, though she has proven to be versatile, excelling in all kinds of Cuban music genres from guaguanco to son to descarga.   She is known for her flawless ability to improvise, commonly singing to audience members on the spot.

She released her first album, entitled “Habra Musica Guajira” (There Will be Guajira Music), in 1988.  She continued recording music and, upon arriving in Miami, was quickly booked to perform in different restaurants in nightclubs around town, gaining the attention of international stars including Quincy Jones, Madonna, Nicole Kidman and Sylvester Stallone.

She released her first single in the United States, “Que Manera de Quererte”, in 1995 after striking a record deal with Emilio Estefan.  Since then, she has toured the globe and has even shared the stage with artists like Celia Cruz, Tony Bennett, Juan Luis Guerra and Phil Collins.

In 2004, Albita founder her own record label, “Angel’s Dawn Records”.  She has since been recording and producing her own albums under the label, including “Albita Llego” which won her two Grammys in the category of Best Contemporary Tropical Album.

The songstress has headlined several Hispanic music festivals in Florida and throughout the United States and Europe and continues to write, produce and record her own music.