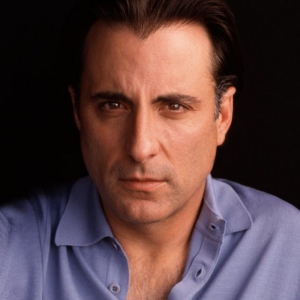 Andy Garcia is recognized as one of the most talented and versatile actors. He has also established himself as a producer, composer/musician, and director.

Born in Havana, Cuba in 1956, Garcia was only five when his family fled to Florida in 1961. Garcia performed in community theatre productions and variety shows while attending Florida International University as a theater major. He performed in regional theater productions in the Miami area before moving to Los Angeles to pursue a film career in the late 1970s.

Garcia has received Emmy, Golden Globes and Oscar nominations. He won a Latin Grammy in 2005 for the CD Ahora Si!, which he recorded with Cachao.

He debuted as a director in 2006, with The Lost City, a project he had been working on for 17 years. He also produced the soundtrack for the film. Garcia earned a Best Director Award as well as Best Film from the 2006 Imagen Awards. He earned an ALMA Award nomination for Best Director in June 2007.

Garcia has also received numerous other awards including Honorary Doctorate of Fine Arts Degree from St. John’s University, the Gil Nickel Humanitarian Award. Additionally, the lndie Producer’s highest honor for “Outstanding Contribution to Film,” the “Anthony Quinn Award for Excellence in Motion Pictures,” the Crystal Globe award for artistic contribution, and the Covenant House honored him with the prestigious Dove Award that recognizes role models that have found the time to give back to their respective communities and to at-risk youth.