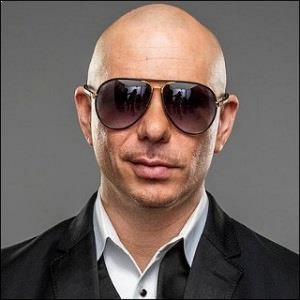 Recognized internationally by his stage name of Pitbull, Armando Christian Perez was born in Miami, Florida on January 15th, 1981. He is widely recognized as Mr. 305, in reference to Miami’s area code, and for bringing Cuban and Miami slang to popular songs.

Perez became known locally as a rapper, performing in parties and other events in Miami, and made it big with his first recorded mainstream performance in 2002.  Since then, the rapper has propelled to local and international stardom, launching his solo records and being featured on tracks by global recording artists.

The rapper has also excelled as a businessman.  He has taken part in the “So Kodak” campaign for Kodak, launched a partnership with Dr. Pepper, has become the spokesperson for Voli Vodka (where he holds a majority equity stake), purchased an equity stake in Miami Subs Pizza and Grill, has participated in a Walmart advertising campaign, and has started his own fragrance.  In 2015, Pitbull launched his own radio channel on Sirius XM, “Pitbull’s Globalization Radio.”

In 2013, Pitbull launched his own charter school in Miami, named SLAM (Sports Leadership and Management) focusing on sports and media.