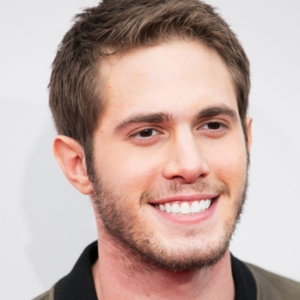 Blake Alexander Jenner was born in1992 in Miami, Florida to a Cuban mother. He is an American actor and singer known for winning the second season of the Oxygen reality competition series The Glee Project and his portrayal of Ryder Lynn on the Fox musical comedy-drama series Glee. In 2016, he had the lead role in the comedy film Everybody Wants Some!! and appeared in the coming-of-age film The Edge of Seventeen.

He attended Felix Varela High School, where he joined the school’s drama society. He participated in stage productions at the Roxy Performing Arts Center. In 2008, he became a member of “Impromedy”, a sketch comedy improv group based in Miami. Jenner left Miami and moved to Los Angeles after graduating high school.