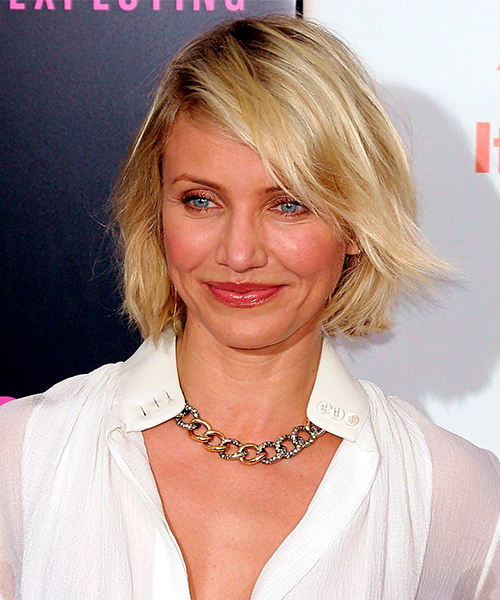 Cameron Diaz was born on August 30, 1972 in San Diego, California.  Her father’s family is Cuban, as they had originally moved from Spain to Cuba. Later they settled in Ybor City, Tampa, Florida, before moving to California, where her father was born.

Diaz is an American actress who is also an author, producer, and model. She frequently appeared in comedies including The Mask (1994), My Best Friend’s Wedding (1997) and the hit comedy There’s Something About Mary (1998), while also earning critical recognition in dramatic films.   She appeared in Vanilla Sky (2001) and numerous high-profile films in the early 2000s, including Charlie’s Angels (2000) and its sequel Charlie’s Angels: Full Throttle (2003), as well as voicing the character of Princess Fiona in the Shrek series (2001–2010). In 2002, she was cast in Martin Scorsese’s period epic Gangs of New York.  Her subsequent films included the dramatic comedies In Her Shoes (2005) and The Holiday (2006) and the psychological thriller The Box (2009). Diaz appeared in a supporting role in The Green Hornet in 2011, followed by starring roles in the comedies Bad Teacher (2011) and The Other Woman (2014). Her last role was Will Gluck’s 2014 film adaptation of Annie.

Her accolades include four Golden Globe Award nominations, three Screen Actors Guild Award nominations, and a New York Film Critics Award. In 2013, she was named the highest-paid actress over 40 in Hollywood.  As of 2018, the U.S. domestic box office grosses of Diaz’s films total over US$3 billion, with worldwide grosses surpassing US$7 billion, making her the fifth highest-grossing U.S. domestic box office actress.  She confirmed her retirement from acting in March 2017.

She resides in Beverly Hills, California.