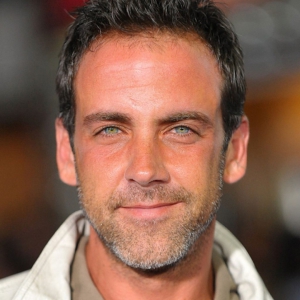 Carlos Ponce was born in 1972 in Santurce, Puerto Rico to Cuban parents. He is an actor, singer, composer and television personality.

In 1986, he moved with his family to Miami, Florida. He attended South Miami Senior High and was recognized as the best student actor of the southern region of the United States.

Spanish network Univision offered Ponce the job to host a show called Hablando (Talking), which became his first serious job in the field.  Later, he starred in his first role in the soap opera Guadalupe. He also starred in Televisa’s Sentimientos Ajenos. In 1997, he was recognized in Mexicowith the “Actor Revelation of 1997 Award” by Eres magazine and named “Best Actor” by TV y Novelas magazine.

In between productions, Ponce returned to Miami and was hired by Univision as the host of TV show, Control. He has also hosted An Entertainment Tonight Event — Celebrity Weddings Unveiled, the 2006 Miss Universe pageant, in Los Angeles, and Idol Kids Puerto Rico, among other well-known Spanish productions. Ponce has also participated in Hollywood films.