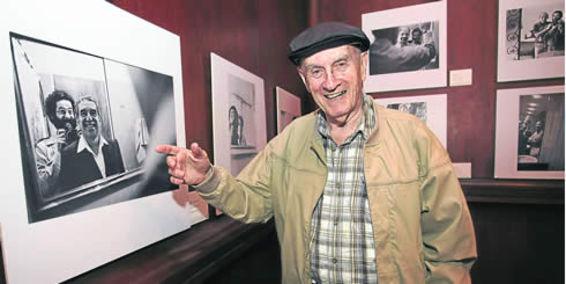 Cristobal Diaz de Ayala was born on June 20, 1930 in Havana, Cuba. He studied at the University of Havana, where he attended the School of Journalism, obtained a degree in Social Sciences, and graduated from the Faculty of Law.

The Diaz Ayala Cuban and Latin American Popular Music Collection (DAC) is the most extensive publicly available collection of Cuban music in the United States. Diaz Ayala donated it to Florida International University Libraries in 2001.  The collection compiled throughout 25 years, contains more than 150,000 items.  It was recently appraised at over one million dollars. The materials collected include a variety of formats such as books, LP’s, 78rpm, 45rpm, CDs, photos, videos, cassettes, sheet music, catalogs, RCA Victor cards, and posters, among others. The collection does not only include materials from Latin America musicians but also from artists from all around the world that have a connection to Latin roots.  Rare and valuable items recorded during the pre-revolutionary Cuba are also part of the DAC.  Under this category, it is possible to find cylinders, pianola rolls, 78 rpm, and rare books. Fragile 78 rpm records have been digitized in order to preserve them and keep them available for academic and research purposes.