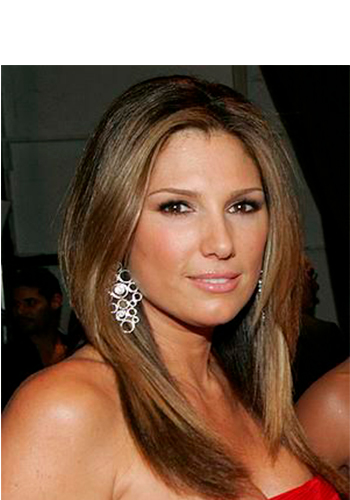 Daisy Fuentes was born on November 17, 1966 in Havana, Cuba.  In 1969, her family fled the island to escape Fidel Castro’s regime and moved to Madrid, Spain. Fuentes learned to speak English while watching I Love Lucy episodes. Four years later, she moved with her family to Harrison, New Jersey.

While still a college student, Fuentes worked at the local affiliate of Spanish-language TV network, Telemundo. Shortly after, Fuentes took a position with New York’s Univision affiliate WXTV-TV 41 where in addition to being the weather anchor, she reported for the evening news.  In 1988, in addition to her weather duties, Fuentes hosted MTV Internacional, a one-hour Spanish language music show that aired in Latin America and the U.S. on Telemundo Network which made her well known in the Spanish-language TV market in the U.S. and Latin America. Fuentes joined MTV in 1993, becoming the first Latina VJ in the U.S., while also hosting shows for MTV Latin America. While at MTV Fuentes was also a host of the fashion and modeling series, House of Style, among other correspondent gigs. With MTV, she achieved name recognition as one of that network’s more popular hosts and soon was courted by companies to be a spokesmodel. She later worked on the ABC soap opera Loving. Fuentes appeared on shows such as Dream On, The Larry Sanders Show, and Cybill. From 1994 to 1995 she hosted her own talk show, Daisy, on CNBC. She was the co-host of America’s Funniest Home Videos, along with John Fugelsang, from 1998 to 1999. She hosted the ALMA Award, Dick Clark’s New Year’s Rockin’ Eve, the 1998 World Music Awards, the 1999 Billboard Latin Awards, and the Miss Teen USA, Miss USA, and Miss Universe pageants.

Daisy Fuentes has appeared on many magazine covers and has starred in nationally televised ads for Revlon, Pantene, American Express, M&M’s and others. She was the first Mind, Body, Spirit Superstar, which was created to generate awareness of top women’s health causes and work to promote change. In 2005, Fuentes appeared on People en Español’s “50 most beautiful” women. 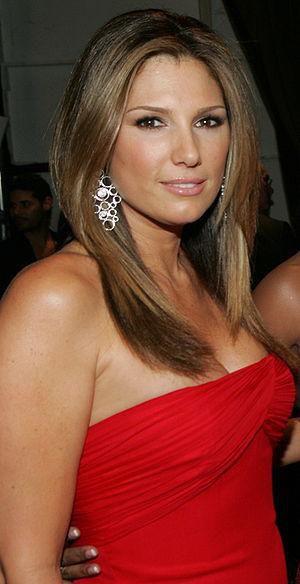