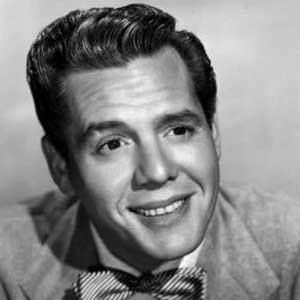 Born Desiderio Alberto Arnaz y de Acha III in Santiago de Cuba in 1917, Desi Arnaz is internationally recognized for his role as Ricky Ricardo in the American sitcom I Love Lucy, co-starring his wife Lucille Ball (Lucy).  An actor, musician, and television producer, Arnaz went on to launch Desilu Productions, a highly successful production company responsible not only for I Love Lucy but for also producing other projects like The Ann Sothern Show, The Untouchables, The Andy Griffith Show, The Dick Van Dyke Show, Mission: Impossible and Star Trek.

The Santiago native also lead the Desi Arnaz Orchestra, through which he brought Cuban music to American audiences. The Orchestra’s Babalu became an instant hit in the US and abroad in 1947.

Before Arnaz’s rise to stardom, he and his family fled Santiago de Cuba in 1933 when Fulgencio Batista overthrew Gerardo Machado.  The Batista regime imprisoned Arnaz’s father, confiscating all of his family’s properties on the island.  Upon being released from prison, the Arnaz family fled to Miami, Florida.  Though eventually moving to New York City, a young Desi got his start in South Florida playing gigs throughout town, particularly in Miami Beach.

Desi Arnaz is also credited with helping to develop the three-camera shoot for situation television comedies which is still used today.