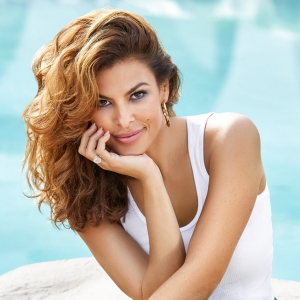 Although becoming a prominent American actress after having lived in California, Eva de la Caridad Mendez was born in Miami, Florida on March 5th, 1974 to Cuban parents.

The actress, model and businesswoman launched her Hollywood career in movies like Children of the Corn and Training Day in the early 2000s. She has also starred in famous music videos like Will Smith’s “Miami” and Aerosmith’s “Hole in My Soul” as lead model.

Mendes has been employed by Revlon as an international spokesperson and has participated in their campaign to raise funds for breast cancer research. She has also served as spokesperson for Calvin Klein, Magnum, and Cocio (a brand of chocolate milk).

The actress also took on the role of entrepreneur by launching her own line of bed linens and dinnerware.