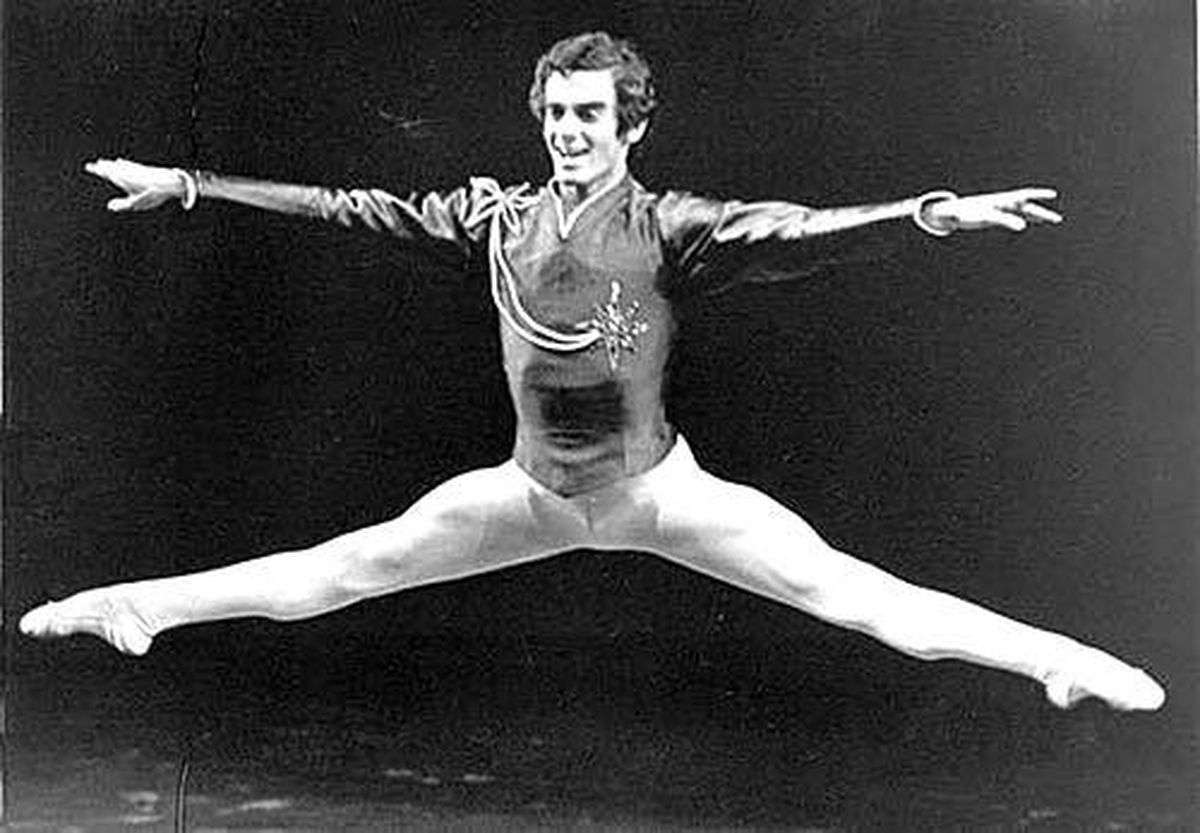 Fernando Bujones was born on March 9, 1955 in Miami, Florida to Cuban parents Fernando Bujones Sr. and Mary Calleriro, a former dancer. His mother was in Florida visiting relatives at the time of his birth. Soon after he was born, he returned with his mother to Cuba. His parents divorced when he was five years old, and he began his dance training in Havana at the age of six. He moved between Miami and Havana until 1964 when he and his mother moved permanently to Miami. His life-long teacher/coach was his cousin Zaida Cecilia-Mendez, though he also received his early ballet education from Alicia Alonso.

In 1967, he won a scholarship to the School of American Ballet, the official school of the New York City Ballet Company. He studied there for about five years; his teachers were some of the world’s premier ballet instructors, such as Stanley Williams and André Eglevsky.

In 1974, Bujones became the first American male dancer to win the Gold Medal at the International Ballet Competition in Varna, Bulgaria, where he was also cited for “highest technical achievement.”

He joined the American Ballet Theatre, one of the world’s preeminent dance companies, in 1972. By the following year he became a soloist, and in 1974 a Principal Dancer where, at 19, he was not only one of the youngest principal dancers in the world, but the youngest principal male dancer in ABT’s history. It was during that period that Mikhail Baryshnikov defected from the Soviet Union and joined ABT in 1974. They worked together as dancers for six years, after which Bujones worked under Baryshnikov’s artistic direction.

Throughout his 30-year dancing career he performed as a guest artist in 34 countries and with more than 60 companies including such well known ones as American Ballet Theatre, the Royal Ballet, Stuttgart Ballet, the Paris Opera, the Royal Danish Ballet, La Scala of Milan, the Vienna State Opera Ballet, the Australian Ballet, the National Ballet of Canada, and Boston Ballet. He partnered many of the 20th century’s celebrated ballerinas such as Dame Margot Fonteyn, Natalia Makarova, Carla Fracci, Cynthia Gregory, Marcia Haydée, Gelsey Kirkland, and Marianna Tcherkassky.

Bujones became the artistic director, for a brief time, of Ballet Mississippi in 1993 and remained until the company folded due to a lack of funding. In 1999, he was asked to become the artistic director of Southern Ballet Theater in Orlando, where he influenced the company’s name change to Orlando Ballet and where he was employed until his death.

Bujones died of malignant melanoma at age 50. He was buried at Caballero Rivero Woodlawn North Park Cemetery and Mausoleum in Miami.