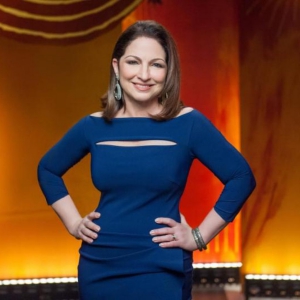 Gloria Estefan is a Cuban-American singer who is one of the most successful Latin crossover artist in the history of pop music. She has won three Grammy Awards, one Latin Grammy Award, an Oscar nomination for the title song for the movie “Music Of The Heart,” and the  recording of the official theme for the 1996 Summer Olympics.

Estefan was born in 1958 in Havana, Cuba. Her family fled Cuba to Miami in 1959. She graduated from the University of Miami in 1978 with a degree in communications and psychology (with a minor in French). Since graduating, she has been a prominent advocate for the university and a member of its Board of Trustees.

In 1975 Estefan met keyboardist Emilio Estefan, whom she later married, leader of a band called the Miami Latin Boys. When he heard her voice, he asked her to perform as lead singer with his band. At first, she sang only on weekends because she was attending the University of Miami. A year and a half after she joined the group, by then renamed the Miami Sound Machine,

Estefan has played a pivotal role in popularizing Latin music and paving the way for many other stars. Her continuing success is due in part to her ability to meld Latin music with American tastes, and she once stated in an interview with Time, “I have the best of both worlds. I have a Cuban heart and an American head. It’s a good balance.”