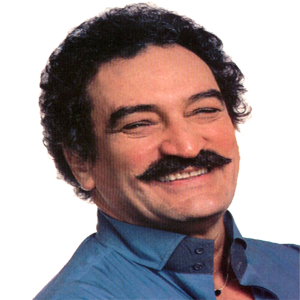 Guillermo Alvarez Guedes was a famed Cuban comedian who was internationally recognized for his humor and instantly recognizable Cuban accent.

Born in Union de Reyes, Matanzas, in June 1927, Guedes was known to be an entertainer since childhood. From parties to town gatherings, locals and family members alike remember him as a child who enjoyed to sing and dance for others, so much so that he moved to Havana to start a life in show business. Working across a variety of platforms, from theater

to radio shows, Guedes began to make a name for himself in the Cuban world of comedy and entertaimnent. However, it was his start on television that launched him into an even bigger national, and global, spotlight.

Taking hold of the bustling Havana nightlife scene in the 1950’s, Guedes secured many television and film roles in comedy, often portraying “el borracho,” or the drunk. His style of comedy included spoken and physical elements that captured his audience’s attention, and sense of humor. In the midst of the exile, Guedes left the island in 1960, and arrived in Miami with hopes of creating an even bigger name for himself in the world of entertaimnent. He began to record comedic albums, and over the course of his career, would go on to produce over thirty albums that captured his listeners more and more each time. Guedes’ sense of humor resonated so much with his listeners because he made light of situations and events that not only all Cubans, but all Spanish speakers and non-Spanish speakers alike could appreciate and understand. He thrust Cuban culture onto the global scale, and incorporated various aspects of the Cuban accent, lingo, and mannerisms to resonate with Cubans in Miami, on the island, and around the world.

Guedes’ career can be recognized and remembered for his transgressor characteristics. His albums and stand-up routines include various vulgar aspects that, while at times unheard of, were greatly appreciated and recognized as a marker of his Cuban roots. Guedes always encouraged his listeners to see the lighter side of life, and through his radio show on Miami’s Clasica 92.3FM, was known to remind his audience and supporters to make a joke out of everything.

Guedes died in his Miami residence in July 2013.