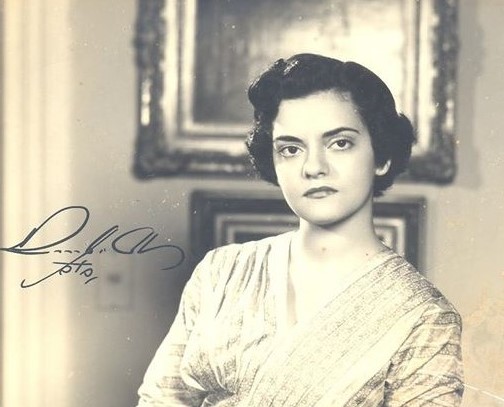 Ivette Hernandez, child prodigy, began to play the piano at the age of 3 in her hometown, Guantanamo. In 1945, at the age of 11, she performed with the Havana Philharmonic Orchestra, playing Mendelssohn under the direction of Austrian conductor Erich Kleiber. That concert earned her a scholarship from the Sociedad Pro-Arte Musical, which first brought her to New York in 1947, to study with Sidney Foster and Claudio Arrau.

In the following years, Hernandez studied with some of the most acclaimed pianists in the world: the aforementioned Foster and Arrau, Arthur Rubinstein, Marguerite Long, Sydney Foster, Tomás Andrade de Silva and Sophie Feuerman. In Paris, he studied with Marcel Ciampi at the Conservatoire National Supérieur de Musique.

She received awards in Paris and London and returned to Cuba in the mid-1950s to give notable concerts.  After living in Paris from 1957 to 1959, she returned to the island.  In addition to popular concerts, she began to give classes twice a week at the “Alejandro García Caturla” conservatory. Around that time, she met the pianist and composer Ernesto Lecuona.  Hernández spent the first half of the 1960s becoming a celebrity and touring Europe.

Married to the Cuban diplomat Armando Flores Ibarra, who had been Cuban ambassador to Czechoslovakia between 1963 and 1965, Ivette received authorization to travel with her husband and two children to France in 1968. Marcel Ciampi, one of her teachers in Paris and whom she was united by a deep affection, was seriously ill and had claimed her presence. On that trip, Ivette and her husband decided not to return to Havana.  After Hernández’s “desertion”, one of her albums, recorded for the Areíto label (EGREM), with Obras de Ignacio Cervantes, was altered (they put a stamp that said Traitor to the Cuban Revolution “) and its reference LP-3256 suppressed from the producer label’s catalog. On August 15, 1968, Hernández was expelled from the UNEAC, along with writer and journalist Guillermo Cabrera Infante.

Ivette stayed in Spain for about three years and then settled with her family in the United States, where Hernández continued giving classes and concerts around the world. She made recordings for RCA Victor in Spain and for ETERNA in Germany.  In the 70s, she achieved important international achievements: Gold Medal at the First International Louis Moreau Gottshalk Competition for Pianists and Composers. From then on, Hernandez career took off on a global scale.  Hernandez was a founder member of Centro Cultural Cubano in New York in 1972.