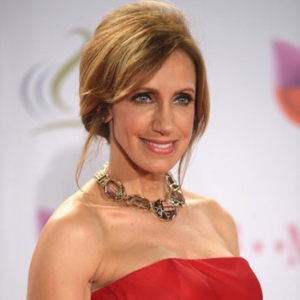 Lili Estefan is a Cuban-American model and show host.

Born in Havana, Cuba in 1967, Estefan is the niece of world famous music producer Emilio Estefan, and the niece-in-law of the famous singer, Gloria Estefan.

Estefan first came to the spotlight in 1991, when she was hired by Univision to participate as a model at Sabado Gigante. Alongside Don Francisco, Estefan quickly became both a public favorite and a favorite of the show host himself.

After 12 years of hosting that show, Estefan left the show to co-host a celebrity-gossip show called El Gordo y la Flaca for the same TV network–Univisi6n Network in 1998 filmed in Miami. Estefan, nicknamed “La Flaca” in the show, has also been able to interview several Hispanic show business legends.

She is a major presenter for special events such as beauty pageants and the annual Calle Ocho music festival held in Miami, Florida.