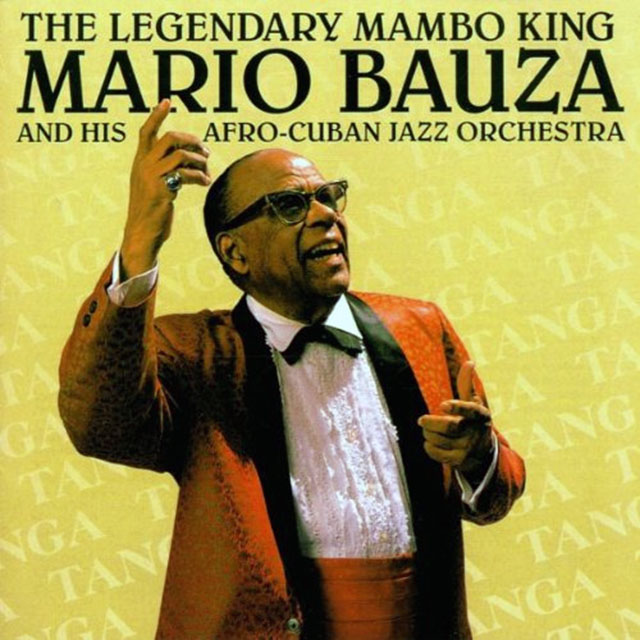 Mario Bauzá was born on April 28, 1911 in Habana, Cuba.  He was a jazz, Latin, and Afro-Cuban jazz musician. He was among the first to introduce Cuban music to the United States by bringing Cuban musical styles to the New York City jazz scene.

As a child, he studied clarinet becoming recognized as a child prodigy on the instrument and was featured with the Havana Symphony at the age of 11. Bauzá then performed on clarinet and bass clarinet with pianist Antonio María Romeu’s charanga (flute and violins) orchestra. For that reason, he visited New York City as the orchestra travelled to that city to record in 1926. Bauzá stayed with his cousin, trumpeter René Endreira, who was a Harlem resident and played with The Santo Domingo Serenaders (a band made up of Panamanians, Cubans, and Puerto Ricans playing jazz). The teenage Bauzá was impressed with Harlem’s African American community and the freedom they had. Upon his return to Cuba, he vowed he would return to New York City to become a jazz musician doing so in 1930 learning to play the alto saxophone while maintaining his clarinet technique.

A chance encounter with Cuban vocalist Antonio Machin, who needed a trumpet player for an upcoming record date, gave Bauzá an unusual opportunity. Machin was the vocalist for the Don Azpiazú Havana Casino Orchestra who had taken New York City by storm with their public performances and hit recording of “El Manisero,” All the trumpet players that knew how to play in the Cuban style who were part of Azpiazú’s orchestra had returned to Cuba. Bauzá offered his services to Machin because he knew the finger positions on the horn buying a trumpet and in two weeks developed enough technique to play on the recordings. By 1933, Bauzá had been hired as lead trumpeter and musical director for drummer Chick Webb’s Orchestra, and it was during this time with Webb that Bauzá both met fellow trumpeter Dizzy Gillespie and allegedly discovered and brought into the band singer Ella Fitzgerald.

Bauzá’s musical relationship and friendship with Gillespie created the fusion of Bauzá’s Cuban musical heritage and Gillespie’s bebop, which culminated in the development of cubop, one of the earliest forms of Latin jazz. In 1939, Bauzá became co-founder and musical director of Machito and his Afro-Cubans with his vocalist brother-in-law, Francisco Raúl Guittierez Grillo (known as Machito). The band produced its first recordings for Decca in 1941, and in 1942 Bauzá brought in a timbalero named Tito Puente.

In 1943, the success of “Tanga,” the first truly Afro-Cuban jazz tune (attributed to Bauzá), were followed by “Cubop City” and “Mambo Inn.” Machito and his Afro-Cubans often played straight-ahead big band jazz as well as mambo music. Many of the numbers were covers of recordings which had proved popular in Cuba hut with updated arrangements using jazz harmony. Bauzá kept his post as director of the Afro-Cubans until 1976. After this, he worked sparingly, eventually retiring to almost total obscurity. In 1979, New York City’s Caribbean Cultural Center gave a tribute to Bauzá in an outdoor concert at Lincoln Center featuring Bauzá and his big band. The concert featured pianist Billy Taylor, singers Bobby Capó and Graciela, Machito, Jorge Dalto, Chocolate Armenteros and Mario Rivera and was a follow up to CCCADI’s 1979 tribute at Alice Tully Hall which revived Bauza’s career. A 1990 Celebration of his 80th birthday with his big band with special guests Dizzy Gillespie, Chico O’Farrill, Celia Cruz, José Fajardo, Marco Rizo, at Symphony Space in Manhattan, gave Bauzá the opportunity to record again for the German based Messidor label. The subsequent recordings, Tanga – The Original Mambo King, 944 Columbus Avenue, and My Time Is Now, brought Bauzá two Grammy nominations and out of the shadows into the public’s eye with critical acclaim.