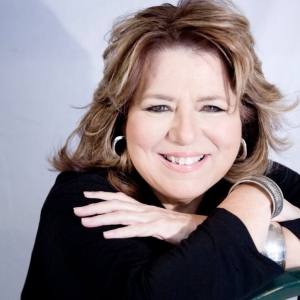 Born in Pinar del Rio, Cuba in 1951, Marisela Verena is an accomplished singer-songwriter.  She left Cuba for the United States at the age of 11 via Operation Peter Pan in 1962, along with thousands of other unaccompanied children.

Verena started her new life in Iowa and later moved to Miami, Florida, where she went to high school and university.  She began her musical career in South Florida, gaining popularity not only amongst Cubans and Cuban-Americans, but also all Hispanic groups.  Her success took her to Spain, Venezuela and Puerto Rico.  She is author and singer of several hits including “Son de las tres decadas” and “Nosotros los cubanos”.  The latter became an anthem of sort for Cuban-Americans as the song wittingly details what it’s like to be Cuban.

Eventually relocating once again to Miami, Florida, Marisela has recorded her albums in the city and frequently headlines musicas festivals and her own concerts.  She has been regarded as one of the most creative modern Cuban songwriters.  Dozens of internationally-acclaimed Latin artists have recorded hit songs penned by Marisela, including Celia Cruz, Gilberto Santa Rosa, Marco Antonio Muniz, Jose-Jose, Paloma San Basilio and Sandra Mihanovich.