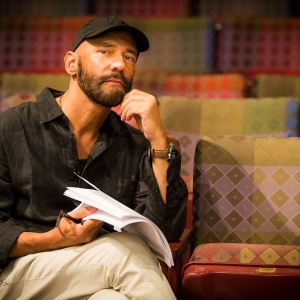 Nilo Cruz was born in Matanzas, Cuba, and for the first few years of his life, his father was in jail for attempting to emigrate until they fled to the U.S. in 1970 and settled in Miami. In 1988 he directed Mud, by playwright Maria Irene Fornés who invited Cruz to join her Intar Hispanic Playwrights Laboratory where he began writing plays. In 2001, Cruz served as the playwright–in–residence for the New Theatre in Coral Gables, Florida, which commissioned Anna in the Tropics, that won him the 2003 Pulitzer Price for Drama. Some of his other plays include A Park in Our House; A Bicycle Country; Two Sisters and a Piano; Beauty of the Father. In 2002, Cruz adapted Colombian author Gabriel García Marquéz’s short story “A Very Old Man with Enormous Wings” as a musical that premiered at the Children’s Theatre in Minneapolis, Minnesota.