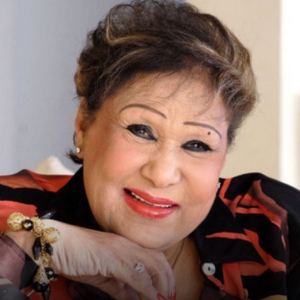 Olga Guillot was a Cuban singer known as the Queen of Bolero. She was born in Santiago de Cuba, Cuba on October 9, 1922.

She was discovered by Facundo River who helped her make her professional singing debut at a famous Havana night club. Soon after, Guillot met Miguelito Valdés, who took her to New York City, where Guillot was able to record her first album with the Decca label.

Guillot traveled to Mexico in 1948. There, she established herself as an international singer and actress. In 1954, she recorded her song “Miénteme” (“Lie to Me”) which became a hit across Latin America and earned her three consecutive awards back home in Cuba as Cuba’s best female singer.

In 1963, she left Cuba as an exile and established herself in Venezuela and later Cuba. In 1964, she performed New York’s Carnegie Hall, becoming the first Latin artist to sing there.

In Miami, she was very active in the Cuban community. She had a house in Miami Beach where she died in July 2010.