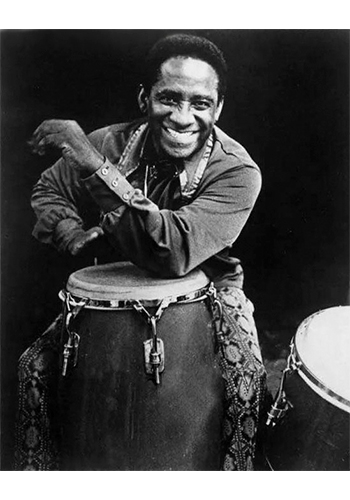 Ramón “Mongo” Santamaría was born on April 7, 1917 in Habana, Cuba.  He was a percussionist and bandleader who spent most of his career in the United States. Primarily a conga drummer, Santamaría was a leading figure in the pachanga and boogaloo dance crazes of the 1960s.

Mongo learned to play the congas as an amateur rumba musician in the streets of Habana. He then learned the bongos from Clemente “Chicho” Piquero and toured with various successful bands such as the Lecuona Cuban Boys and Sonora Matancera. In 1950, he moved to New York City, where he became Tito Puente’s conguero and in 1957 he joined Cal Tjader’s band. He then formed his own charanga, while at the same time recording some of the first rumba and Santería music albums. By the end of the decade, he had his first pachanga hit, “Para ti”. He then became a pioneer of boogaloo with “Watermelon Man” and later signed record deals with Columbia, Atlantic and Fania. He collaborated with salsa artists and became a member of the Fania All-Stars, often showcasing his conga solos against Ray Barretto. In his later years, Santamaría recorded mostly Latin jazz for Concord Jazz and Chesky Records.

His biggest hit, his rendition of Herbie Hancock’s “Watermelon Man”, was inducted into the Grammy Hall of Fame in 1998. From the 1970s, he recorded mainly salsa and Latin jazz, before retiring in the late 1990s.

He died on February 1, 2003 in Miami, Florida after suffering a stroke. 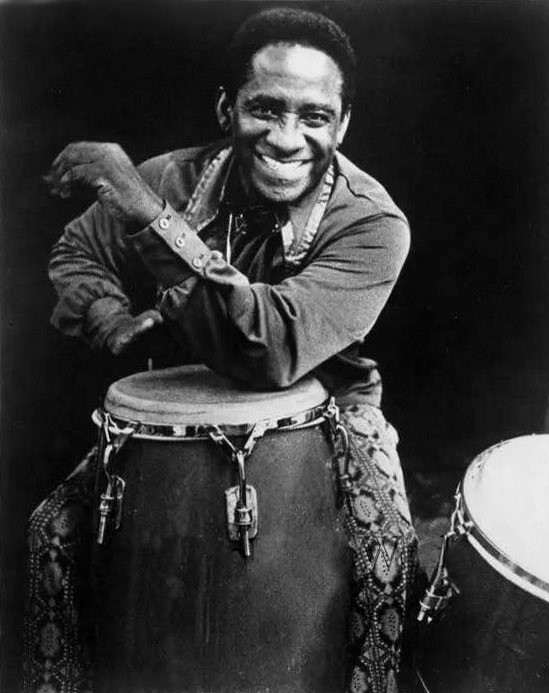