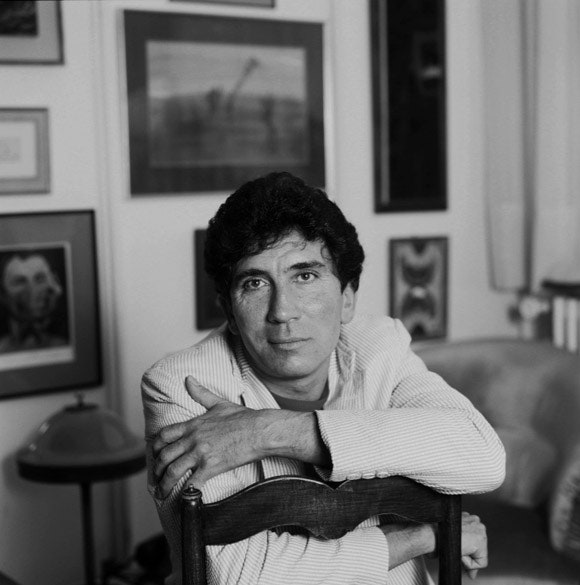 Reynaldo Arenas was born on July 16, 1943 in Aguas Claras, Holguín Province, Cuba.  He was a Cuban poet, novelist, and playwright known as an early sympathizer, and later critic of Fidel Castro and the Cuban Revolution.

Born into rural poverty in Cuba, in 1959 he became an early supporter of the revolution that brought Fidel Castro to power. But Arenas became increasingly disenchanted with the revolution’s homophobic rhetoric and policies. Moving to Havana in 1963, he worked as a researcher and later as editor and journalist for the literary magazine La Gaceta de Cuba. His first novel Celestino antes del alba (1967) (Singing from the Well) was his only book published in Cuba. When open persecution of homosexuals began, in the 1960s and 1970s, he rejected the revolution. As his writings grew increasingly critical, he was no longer allowed to publish on the island. His second and best-known novel, El mundo alucinante (1969) (Hallucinations), was smuggled out of the country and published abroad. During the mid-1970s Arenas spent three years in prison for his writings and public, open homosexuality.

He arrived to the U.S. as part of the Mariel boatlift and eventually settled in New York. In 1980, he published the novella, Old Rosa. The novel Farewell to the Sea – a manuscript once confiscated by the Cuban government – followed in 1982. The heterogeneous collection of poetry, essays and letters Necesidad de libertad (1986), was followed by the novels Graveyard of the Angels (1987) and The Doorman (1988).

Suffering from AIDS and too sick to continue writing, Arenas committed suicide in 1990. In a farewell letter to the Miami newspaper Diario las Américas he wrote, “My message is not a message of failure, but rather one of struggle and hope. Cuba will be free. I already am.”

By the time of his death, the writer turned activist had completed nine novels, an autobiography, scores of poems, plays, and short stories, and dozens of political and literary essays. Among his posthumously published works were Journey to Havana (1990) and the autobiography Before Night Falls (1992) which was made into an Academy-Award nominated film in 2000.  The Reinaldo Arenas Papers, a collection containing essays, interviews, newspaper clippings, correspondence and other documents, is held at Princeton University Library.