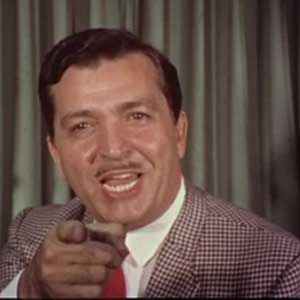 Rosendo Rosell was born in Placetas, Las Villas, Cuba. He was a well-known actor, animator, composer, producer and journalist. Rosell worked in radio, theaters, cabarets and television in Cuba, and in Cuban and Mexican cinema, before leaving for exile in 1960. He recorded 22 records with jokes, published several books and wrote for decades in the Diario de las Américas column “Mundo de Estrellas.” He made a duet with another great of the Cuban scene, Fernando Albuerne. Together they made the Noche Cubana show they presented Madrid, Buenos Aires and Santiago de Chile, New York, Boston, Tampa, Chicago and Los Angeles. He was an actor, known for Siete muertes a plazo fijo (1950), The Deadly Touch (1974) and Ritmos del Caribe (1950). He died in 2010 in Hialeah, Florida.