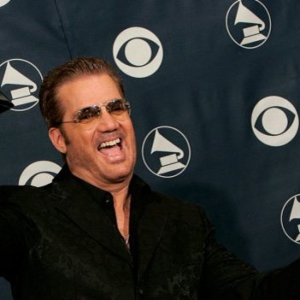 Willy Chirino was born April 5, 1947 in Consolación del Sur, Pinar del Río, Cuba. He is a Cuban-American musician. In 1960, Willy Chirino came to the United States via “Operation Peter Pan.”

Chirino began his artistic career in Miami, releasing his first album in 1974. Since then, he has recorded over 20 albums, several of which have attained platinum and gold status. In 2006, his album “Son del Alma”, won a Grammy for Best Salsa/Merengue Album. As founder of the Willy Chirino Foundation, his philanthropic efforts have been recognized by UNICEF and the Department of State. He celebrated his 35th anniversary in music with his latest released album “Willy Chirino Live-35th Anniversary” (“Willy Chirino En Vivo-35 Aniversario”), a CD/DVD combo of the concert. This album brought him his first nomination for Best Salsa Album at the 2007 Latin Grammy Awards.

In 2014, Chirino received a Latin Grammy Lifetime Achievement Award in Las Vegas for his music career.