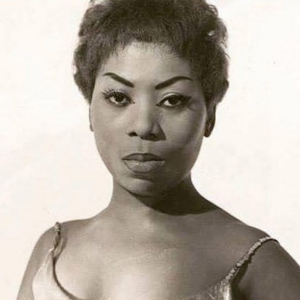 Xiomara Alfaro was born in Havana, Cuba. Her performing background was in musical theater, cabaret, radio, and television. A coloratura soprano, her interpretation of Cuban composer and pianist Ernesto Lecuona‘s Siboney was the composer’s favorite. She was a star of the Cuban music scene of the 1950s. She became famous as a singer of bolero music in part due to the way she sang them with her soprano voice. She was known as El Ruiseñor de la Cancion (The Nightingale of Music) and as La Alondra de la Cancion (The Lark of Music). She is featured on 28 albums recorded for RCA Victor and other labels over the course of her career. She was married to pianist Rafael Benitez. Alfaro​’s career took her from Havana’s Tropicana to New York’s Carnegie Hall and the Moulin Rouge in Paris. She toured with the avant-garde choreographer Katherine Dunham, with whom she appeared, along with stars Sylvana Mangano, Vittorio Gassman and Shelly Winters in the 1954 film Mambo, shot in Italy. Alfaro also starred in Olé…Cuba!, a 1957 movie that also featured Celia Cruz. .Xiomara left Cuba for the United States in 1960. She passed away in Cape Coral, Fla. on June 24, 2018 at the age of 88.