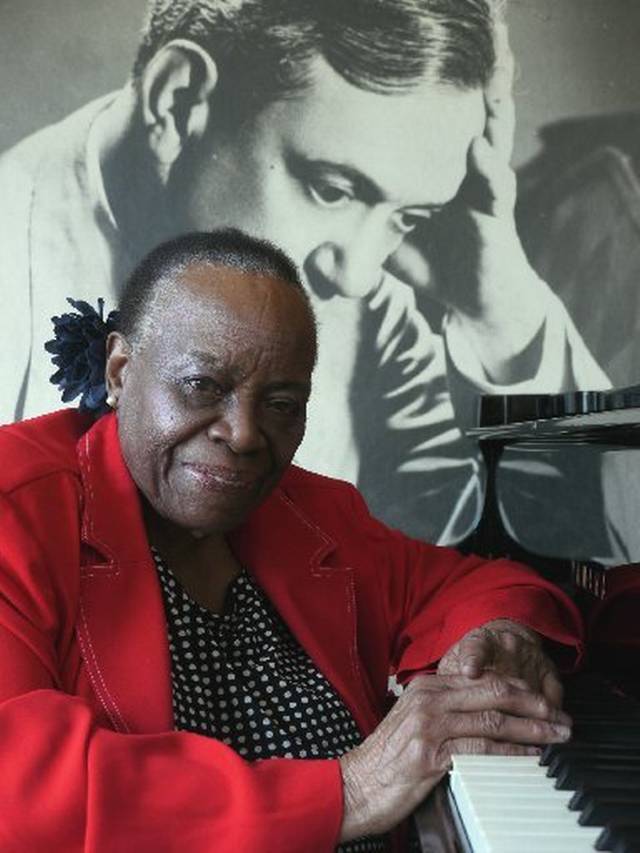 Zenaida Manfugas was born on February 22, 1932 in Guantanamo, Cuba.  She is considered to be one of the best Cuban pianists in history.

Her father was Judge Amando González Veranés and her mother, Andrea Manfugás Crombet, was a renowned pianist and teacher.  Her family settled in Baracoa. Her father served as municipal judge while her mother founded a music school linked with the Conservatorio Orbón.  Manfugás and her sisters began piano lessons at age five, under their mother’s tutelage. At age seven, Manfugás was able to play Mozart “Coronation Mass”, and Beethoven “Concerto 5.”  Manfugás gave her first concert in 1949 in Havana, playing at the Anfiteatro de Avenida del Puerto and being part of the Gonzalo Roig’s Municipal Band. This became a frequent venue for Manfugás.

Three years after her debut, the then President of the Colegio de Belén University in Havana, Father Joseph Rubino, gave Manfugás a scholarship to study music in Spain.  In 1952, Manfugás moved to Spain and started her studies at the Real Conservatorio Superior de Música de Madrid (Royal Conservatory of Music of Madrid).  She then moved to Paris where she studied under the tutelage of Walter Gieseking.

She returned to Cuba in 1958 and was a very active pianist in the island.  She accompanied classical orchestras, such as the National Symphony Orchestra and the National Chamber Orchestra.  In addition, she was professor at the “Alejandro García Caturla” Conservatory in Marianao and served as national advisory in the cathedra of piano at the Amadeo Roldan Conservatory, in Cuba.

Manfugás conducted diverse tours in Europe (in places like Belgium and Russia) and Asia (in countries like China and Japan), for which she was widely praised. Later, she also played in Canada.

In 1974, Manfugás went to the United States, where performed throughout the 50 states.  Two years after, the pianist emigrated and settled in Elizabeth, New Jersey.

In exile, Manfugás played her music in Spain, Paris, Italy, New York City and Miami.  She was also a professor at Kean University of New Jersey, where she taught History of Music.  Her final concert in Miami, where she performed frequently, took place on May 22, 2011 with the musical work “Tres pianos, Tres intérpretes” (“Three pianos, Three performers”), held at the Wertheim Center, Florida International University.

Manfugás had cancer and suffered from several health complications.  She died on May 2, 2012 in Elizabeth, New Jersey.