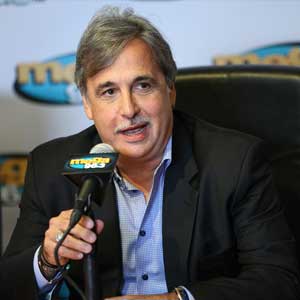 Raúl Alarcón Sr., built a highly successful Spanish-language communications and entertainment company in the United States. A Cuban exile who arrived in New York City during the 1960s, Alarcón lived the American dream on a grand scale. He would showcase his great talent for the media business with the founding of the Spanish Broadcasting System (SBS). In present day, SBS operates 21 radio stations, including four in Miami, and owns South Florida television station Mega TV and the music website LaMusica.com. Other stations are in New York, Chicago, Los Angeles, and Puerto Rico.

Alarcón was born in Ciego de Avila, Cuba, on January 15, 1926. From an early age he was interested in radio and media. He was not yet 26 years old when he inaugurated his first short-wave station in Camaguey, Cuba, known as Cadena Agramonte. Eight years later, Alarcón could brag of being one of the pioneers of media and communications in the island nation, owning at least 14 radio stations that were later confiscated by the Castro regime.

Since first arriving in the United States in the early 1960s, Alarcón had to figure out a way to make a name for himself as a news anchor and radio talent, as well as sowing the seeds of his great business ambitions. Punctual and detailed, he gradually convinced American advertisers of the importance of reaching out to the Hispanic public in their investment projects. Prior to his first success in the Big Apple, Alarcón explored various areas of the media and communications industry, including work in recording studios and production, notably with the Latin Sound Recording Studios in Manhattan.