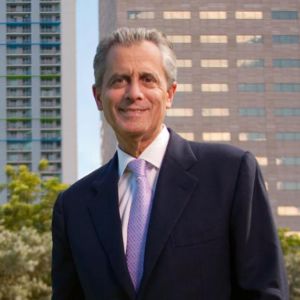 Tony Argiz was born in Havana, Cuba in 1953, and came to the United States of America in 1962 as part of Operation Pedro Pan, living at a Catholic boarding school in the Tampa area until reunited with his parents in 1968. He attended Florida International University, earning a Bachelor of Business Administration degree and doing Graduate Studies in Auditing and Taxation.

Argiz joined the accounting firm of Morrison, Brown, Argiz & Company in 1977, becoming managing partner on July 1, 1997. Headquartered in Miami, Morrison, Brown, Argiz & Company is one of the largest accounting and management consulting firms in Florida and the Southeast, and one of the top 40 accounting firms in the nation. Over the course of his career, Argiz specialized in areas including audits, business planning, economic damages, fraud examinations, valuations and litigation cases.

In his industry, Argiz has served on the American Institute of CPAs (AICPA) Nominations Committee, on the governing body of the AICPA’s Council and on the PCP Executive Committee and its Technical Issues Committee. In 1986, Tony was appointed to Florida’s Board of Accountancy and was then elected to chair the Board and chair of its Probable Cause Panel as well.

Argiz has been recognized with the Ultimate CEO award from the South Florida Business Journal, the Distinguished Citizen Award from the Boy Scouts of America, as Executive of the Year by the Greater Miami Chamber of Commerce, with the South Florida Visionary Award – Civic Leadership from the Miami Herald, the New American Award from Catholic Legal Services, as FIU School of Accounting Alumni of the Year. He has also received the Tocqueville Award for Outstanding Philanthropy from United Way of Miami-Dade, and the Silver Medallion Award from the Miami Coalition of Christians and Jews (MCCJ).