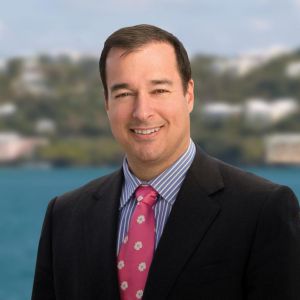 Facundo L. Bacardi has been Chairman of the Board of Bacardi Limited since 2005 and a director since 1993. He is the great-great grandson of Company founder Don Facundo Bacardí Massó and a fifth-generation family member.

Bacardi is the largest privately held, family-owned spirits company in the world. Originally known for its eponymous Bacardi white rum, it now has a portfolio of more than 200 brands and labels. Founded in 1862 in the port City of Santiago de Cuba, a small family enterprise purchased a distillery with bats in the rafters and revolutionized rum-making. Bacardi employs 6,000 people, manufactures at 29 facilities in 16 markets on four continents, with sales in more than 150 countries. Bacardi Limited refers to the Bacardi group of companies, including Bacardi International Limited. The company sells in excess of 200 million bottles per year.  A 150-year history is etched against the backdrop of war, earthquakes, epidemic disease, U.S. Prohibition, the Cuban Revolution and the 1960 illegal confiscation of its Cuban assets.  Facundo is the Managing Director of Apache Capital LLC, an investment company based in Coral Gables, Florida, that invests in a broad, diversified class of public and private assets. Mr. Bacardi serves on the advisory board of Noro-Moseley Partners and the board of trustees of Emory University. He also serves as the Executive Director of the Facundo and Amalia Bacardi Foundation.  Mr. Bacardi holds a J.D. from Emory University Law School and a B.S.B.A. in Finance from American University.