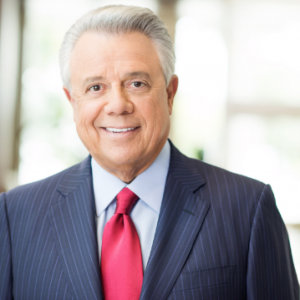 Benjamín León, Jr., is an expert in the health care field. A native of Oriente, Cuba, Mr. León was born on December 4. Mr. León arrived in Miami in 1961 at the age of 16 followed by his parents and brother later that same year.

At that time, there was a great influx of Cuban immigrants entering Miami. Recognizing that immigrants were having difficulty accessing medical care due to language barriers and an overwhelmed healthcare delivery system in the county, Mr. León’s father, Benjamín León, Sr., together with Mr. Moises Liber, and a group of physicians and professionals founded Miami’s first pre-paid medical center, Clínica Cubana in 1964. Mr. León, Jr. joined his father as the first Director of Member Services at Clínica Cubana, which helped meet the growing community’s healthcare needs.

Mr. León, Jr. alongside his father, Mr. León, Sr., founded Clínica Asociación Cubana (CAC) in June 1970 under which the León family worked arduously to introduce the concept of managed care to the State of Florida. The León family became central figures in the development of the original Health Management Organization (HMO) Act of October 1, 1972. On March 6, 1973, Clínica Asociación Cubana was granted the state’s first HMO license (HMO-73-1) becoming a pioneer in the HMO movement in Florida.

Mr. León Jr. later established Leon Medical Centers, Inc. (LMC) in 1996, with the mission of honoring the León family’s tradition of improving the quality of life of Medicare recipients and the elderly. LMC was poised to provide unparalleled medical care, compassion, and offer patients a home away from home.