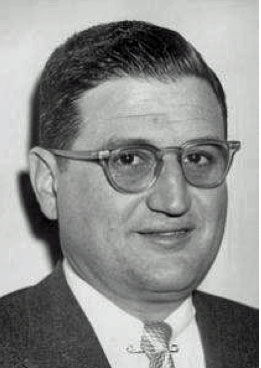 Bobby Maduro was born on June 27, 1916 in Havana Cuba.  The Maduro family was of Sephardic Jewish origin.  Bobby’s father, Salomón Mozes Levy Maduro, was a grandson of S.E.L. Maduro, who founded Curaçao’s oldest company in 1837. Bobby’s father arrived in Havana in 1914 and was a sugarcane planter.  Like his father, and many young men of Cuba’s upper business class, Bobby received higher education in the United States. He went to the Asheville School in North Carolina and then entered Cornell University in September 1934. Thanks to his schooling, Maduro spoke English without trace of an accent. Bobby left Cornell in 1936 without receiving his engineering degree in order to help his father in the family business.

In his leisure time, Bobby was a first baseman with the Vedado Tennis Club amateur baseball team, also known as Los Marqueses del Vedado, who wore blue and white like the Brooklyn Dodgers.  In 1946, a new minor-league franchise called the Havana Cubans was born and Maduro has often received credit as one of the founders.  For the 1947 season, the Cubans moved from Stadium Cerveza Tropical in suburban Marianao to a brand-new facility that opened in October 1946: Gran Stadium de la Habana in El Cerro.  It originally seated 30,000, double La Tropical’s capacity, and continued to draw great press coverage.  Before the 1949-50 winter season, Maduro became part-owner of the Cienfuegos team in the Cuban winter league, along with Luis Parga and Emilio de Armas. It was not until May 4, 1953, that Maduro became majority owner of the Havana Cubans.  By 1954, he moved the team to the International League, and renamed it the Sugar Kings. Several talented Cuban players and other Latinos who eventually made it to the Major Leagues donned the Sugar Kings uniform, including Luis Arroyo, Pompeyo Davalillo, Tony González, Cookie Rojas, Elio Chacón, Danny Morejón, Preston Gómez, Leo Cárdenas, and Mike Cuellar. However, in 1960, Castro nationalized all U.S.-owned enterprises in Cuba, and on July 8, Baseball Commissioner Ford Frick (under pressure from Secretary of State Christian Herter) announced that the Sugar Kings would move to Jersey City, New Jersey, and became the Jersey City Jerseys. They lasted only through the 1961 season, then folded due to poor attendance. The franchise was then sold to a Florida group from Jacksonville and became the Jacksonville Suns, who began play in the International League in 1962. That franchise moved to Portsmouth, Virginia, in 1969 and became the Tidewater Tides, and remains in that region as the Norfolk Tides.

In December 1965, Commissioner William Eckert hired Bobby to direct the Office of Inter-American Relations, which he established in Miami.  He served as coordinator between the Latin American winter leagues and organized baseball, liaison with the three Mexican leagues affiliated with the national association, and [lent] assistance to the continued growth of amateur baseball in Latin American countries.

In his final years, Bobby Maduro worked for the City of Miami as baseball supervisor for the Parks and Recreation Department. He also remained active with the Federation of Cuban Professional Players in exile. The Cuban Baseball Hall of Fame, which the Federation ran, inducted him as an executive in 1985.  In February 1986, Maduro was diagnosed with an inoperable brain tumor.  He died on October 16, 1986 in Miami, FL.