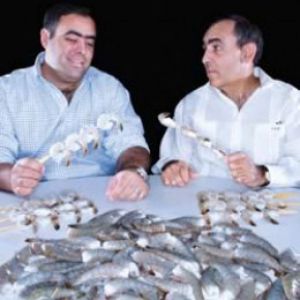 Domingo R. Moreira is the CEO of Ladex Corporation, a seafood marketing and distribution company with operations in Central America. Moreira’s family has been in the shrimp business since 1960. His father, Domingo A. Moreira, ran 25 fried chicken restaurants in Cuba until concerns about Castro led him to move to Guatemala, where he branched out from poultry by buying shrimp boats.

Domingo R. came to the U.S. States in 1965 and after graduating from college in 1967, he joined his father in the already dynamic family business. Domingo R. launched new headquarters in Miami, FL to expand distribution. The new U.S. location allowed the Moreira’s to import from Guatemala and other countries around the world. He has become known as a political donor and exile leader as well as a businessman. He is a founding member and a director of the Cuban American National Foundation, the exile group that rose to prominence under the late Jorge Mas Canosa. His son Domingo A. Moreira, Jr., President of Southern Fisheries, LLC, entered the family tradition after graduating from Harvard Business School in 1999. A little more than a decade after the Moreiras got into shrimp farming in 1990, shrimp became America’s most-consumed seafood per capita. Most of the shrimp consumed in the U.S. is farm-raised, and the Moreiras have become, as producer, marketer and distributor, the largest single source of shrimp coming out of Central and South America.