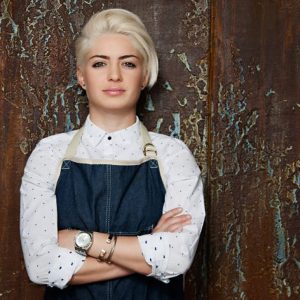 Born in Miami, Eileen Andrade personifies the modern day Cuban-American with one foot in her parents’ and grandparents’ culture, and the other fully immersed in her American home.

Eileen is a renown Chef, owner of Finka Table & Tap and, more recently, Amelia’s 1931, both located in Kendall, Florida (a West Miami-Dade neighborhood).  At the time of opening Finka in 2014 there weren’t many options for gastropubs in Kendall. The eatery features a vibrant fusion of homey Cuban food with Peruvian and Korean cuisine.  Some of the items include a Japchae (Korean dish) with Vaca Frita (a Cuban staple), Cuban Fried Rice and Korean Arroz Imperial.

The talented young chef is the granddaughter of Raul and Amelia Garcia, Cuban exiles who founded the popular Islas Canarias Restaurant, also located in Kendall. Eilleen began her love affair with the kitchen in her grandparents restaurant and bakery, making Cuban essentials from pastelitos to empanadas.  In 2011 she and her brother Jonathan opened CubanCube, a food truck that served Cuban fusion specialties on-the-go around South Florida.

In 2014, Zagat named Eileen Andrade as one of the notable “30 under 30” food, beverage and hospitality entrepreneurs in the country.  Meanwhile, both her restaurants continue to climb in popularity among local Miamians and tourists alike. 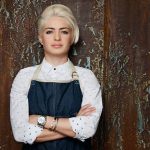