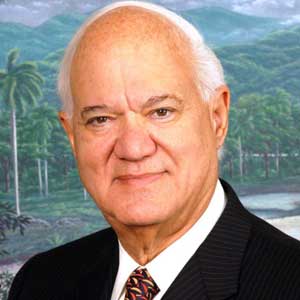 George Feldenkreis is the founder of Supreme International, which started designing and importing apparel in 1967, eventually went public in 1993, and changed its name to Perry Ellis International, Inc. upon completing the acquisition of the brand in 2000. George Feldenkreis has been an owner of the Company for over 50 years He served as CEO and president until May 2015, when he ceded the position to his son Oscar, who continues to oversee the company’s day-to-day operations. Mr. Feldenkries continues to serve as a member of the company’s board of directors.

Feldenkreis sits on the board of directors at the Greater Miami Jewish Federation, the Simon Wiesenthal Center and the American Friends of Rambam Medical Center.