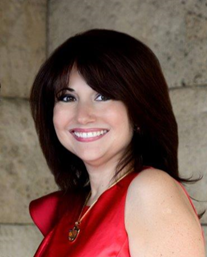 Liliam M. López is a co-founder of the South Florida Hispanic Chamber of Commerce (SFLHCC) in 1994 and the South Florida Hispanic Chamber of Commerce Foundation serving as President/CEO of both organizations. She is former Executive Director of the Spanish American League Against Discrimination (SALAD).  Liliam M. López graduated from St. Thomas University with a Bachelor of Arts and major in Political Science in 1988. López currently serves on the Board of Directors of the Alliance for Aging and in Florida International University’s President’s Council.

Liliam M. López has received numerous awards including the City Keys to the City of Miami Beach presented by the Honorable Mayor David Dermer on June 20, 2002. Recently Lopez was included in Women of Wealth (WOW) Magazine as one of the 90 most influential leaders and mentors of the U.S.  “In Focus Interactive” Magazine featured Lopez in the cover of their June, 2002 issue. Lopez was featured in the cover of the Miami Today newspaper on June 6, 2002 as “The Achiever,” and  was featured in NBC/Telemundo during Hispanic Heritage Month as one of four Miami-Dade County leaders in the television segment “Chevron Presents 2004 Hispanic Heritage Heroes.”