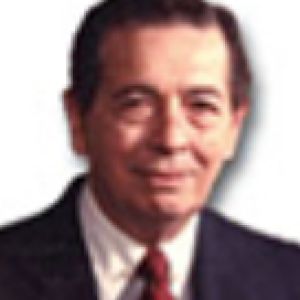 Luis Botifoll was a prominent figure both in the Cuban-American community. He was born in 1908 in Havana, Cuba and arrived in Miami in 1960.

Botifoll is one of the co-founders of the Spanish-American League Against Discrimination (SALAD), Facts About Cuban Exiles (FACE), and the Cuban- American National Foundation (CANF). He received numerous awards, honorary degrees, and other forms of recognition for his services to the Cuban­ American community in Miami and the greater community of Florida. Passed away on September 24, 2003