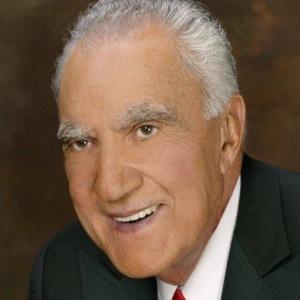 Gus Machado is the President of Gus Machado Ford in Florida, one of the largest Hispanic automobile dealers in the United States. Machado was Born in Cuba in 1934. He arrived in the United States in 1949. After attending military school in North Carolina and Greenville College, he began working for the Caterpillar Tractor Company in Illinois. Machado moved to Miami, Florida in 1956 where he invested in a local gas station and began a vehicle export business selling cars to Cuba. The business continued to grow until 1960 when the political rift between Cuba and the U.S. ended business transactions between the two countries. It was then that Machado focused on the Cuban exile community, concentrating his efforts on the retail end of the industry, selling the gas station and purchasing his first car dealership, Star Motors, Inc. Over a period of several decades, Machado bought and sold a succession of car dealerships, establishing himself as the only General Motors distributor in Puerto Rico. In the 1980’s, Machado went on to enter the domestic new car dealership business. The business was started as Gus Machado Buick and Machado himself began starring in both the English and Spanish Buick dealership commercials. The various commercial campaigns were successful as measured by the sales results and he became known as one of the area’s best known Hispanic businessmen. In 1982, Machado was the co-founder of the Calle Ocha event, in conjunction with the Kiwanis of Little Havana, and founder and Master of Ceremonies of the first televised Paseo Carnaval. In 1984, Machado purchased Johnson Ford, an existing Ford dealership and turned it into the number one Ford dealer in Dade County, achieving the twenty-second position among all Ford dealers throughout the U.S. Gus Machado Enterprises was ranked first in 1984, 1985 and 1986, and second in 1987 and 1988 among all the Hispanic automobile dealers in the country. In 1989, he was ranked sixth, among all major Hispanic corporations in the U.S. and eleventh among the top 500 Hispanic Corporations in the U.S. In 1995, Gus Machado Ford was ranked twenty-third among all the Hispanic companies in the U.S. and seventh among all the Hispanic automobile dealers in the country. In 2003, Gus Machado Ford achieved Ford Motor Company’s highest honor- being awarded the President’s Award.