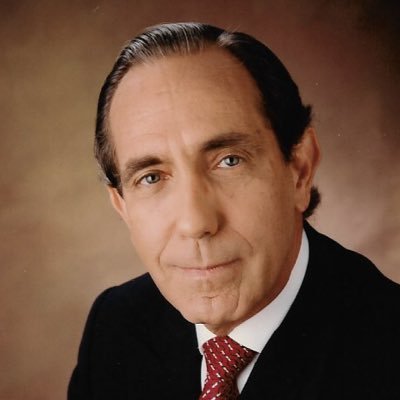 Néstor T. Carbonell was born in 1936 and raised in Havana, Cuba. He comes from a prominent Cuban family that left its imprints on the island’s wars of independence and on the foundation and development of the republic.

He attended boarding school in Palm Beach.  In 1958, he returned to Cuba and denounced Fidel Castro for which he was followed and detained.  Forced into exile in June 1960, he played an important role in the anti-Castro movement’s resistance and diplomatic fronts.  He became one of the Freedom Fighters for the Bay of Pigs Invasion.  At the age of 26, he represented anti-Castro groups at the OAS and U.S. Congress and informs them of the covert Russian presence in Cuba.  He earned law degrees from the University of Villanueva in Havana and Harvard.  In 1965, he settles in New York where he meets his wife.  They married six months later in Puerto Rico and have two sons and one daughter.

He joined PepsiCo in 1967 as counsel for Latin America and throughout the years served in several positions (1972 Director of Operations in Mexico, 1975 Director of Operations in Venezuela, later becomes the Regional Vice-President in Europe, and in 1982 returns to the U.S. as Vice President of International Affairs.  He became Ambassador at large and was known at PepsiCo as a skilled negotiator.  He retired in 2008.  Carbonell spends his free time reading and writing, especially about Cuba.  He is a member of the Council on Foreign Relations and is also the author of And the Russians Stayed: The Sovietization of Cuba and Why Cuba Matters: New Threats in America’s Backyard.