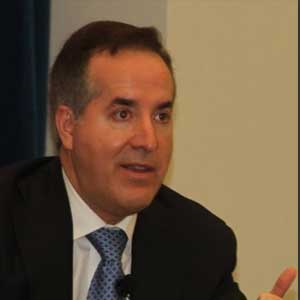 Mr. Mas is Chairman of the Board and Co-Founder of MasTec, Inc. (NYSE:MTZ) and has been involved in all phases of the firm’s development since its creation in 1994. Mr. Mas began his career at Church and Tower, MasTec’s predecessor in 1984. MasTec is a $6.6 billion revenue network infrastructure contractor employing over 20,000 individuals in six distinct business lines; Power Generation and Industrial Renewable, Natural Gas and Oil Pipeline, Electrical Transmission, Wireless, Wireline Utility Services and Technology Deployment.

Mr. Mas is also the managing partner of a Private Equity Group which manages a diverse portfolio of operating companies and investments. He has served on over a dozen corporate boards assisting in strategic growth strategies and corporate governance. Mr. Mas founded Neff Corporation (NYSE:NFF) a provider of rental construction and utility equipment. He led and oversaw this business’ growth from a single store in South Florida to over 80 branches nationwide, becoming one of the 5 largest firms of its type in the United States until its sale in 2005.

Jorge Mas is Managing Owner of the recently awarded Miami Major League Soccer franchise. The expansion team is the League’s 25th club. The ownership group is committed to building a global team Miami can be proud of.

Mr. Mas is the Chairman of the Board of the Cuban American National Foundation (CANF) founded in 1981 and dedicated to the promotion of a free and democratic Cuba. He serves as director of the Mas Family Foundation promoting an educated society in the preservation of democratic principles. Currently he serves on the Board of Overseers of the University of Miami School of Business.

Mr. Mas has been recognized as one of the 100 most influential Hispanics in the United States by Latino Leaders Magazine. He is the past recipient of the Simon Wiesenthal Center National Community Service Award for his contribution toward freedom and received the Bravura Award for his defense of free speech.

Mr. Mas has appeared on national television programs, including One on One with John McLaughlin, The McNeil-Lehrer report, Sixty Minutes, Larry King Live, Fox’s Equal Time, Frontline, Dateline NBC and the Early Morning Show with Bryant Gumble, among others. He has testified before the United States Senate Foreign Relations Subcommittee on Western Hemisphere and lectured at university conferences and has written articles appearing in the Washington Post and the Miami Herald among other national publications.