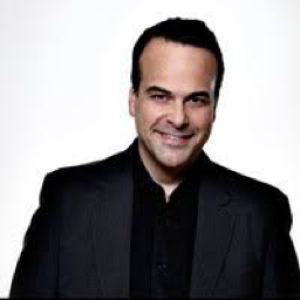 Named one of the world’s most influential marketing and communications professionals in PRWeek’s Global Power Book, before co-founding República in 2006, Jorge Plasencia was corporate vice president and operating manager of Univision Radio, the nation’s largest network of multicultural-focused radio stations. He played a key role in the integration and cross-platform opportunities of Univision’s television, radio, and digital properties. Earlier, he held the position of vice president of marketing, corporate communications, and public affairs.

Prior to Univision, Jorge was vice president of Estefan Enterprises, Inc., where he was responsible for corporate business strategy, marketing, and communications, and played a vital role in the business affairs and management of several international artists, including Gloria Estefan and Shakira.

Before Estefan Enterprises, Jorge was the first director of Hispanic marketing for the Florida Marlins. During his tenure, the Marlins won their first World Series championship and received the Hispanic Marketer of the Year Award from the Greater Miami Chamber of Commerce.

Throughout his career, he has played a leading role in the production of numerous marquee events. These include “The Last Goodbye,” a September 11th tribute at the White House; Super Bowl XXXIII; the 1997 World Series; Shakira’s MTV Unplugged; the inaugural Latin Grammy Awards; and the “Queen of Salsa” Celia Cruz’s historic funeral, among many others.

Named one of the most influential Latinos in the U.S. by Poder magazine, Jorge served as chairman of the board of the UnidosUS, the nation’s largest Hispanic advocacy organization. He is the first Cuban-American, first Floridian and youngest person to hold the post.

In 1991, at age 17, Jorge co-founded Amigos For Kids, a nonprofit organization serving underprivileged children and families, that he has since nurtured into an institution of national prominence. He is chairman emeritus of Amigos For Kids, and his lifelong work within the organization has earned him March of Dimes’ Humanitarian of the Year Award, among others. Additionally, Jorge serves as vice chairman of the board of the Miami Dade College Foundation, and on the board of trustees of the Adrienne Arsht Center for the Performing Arts and the Friends of The Underline. He previously served on the board of directors of TotalBank.

A member of the Council on Foreign Relations and the Florida Council of 100, Jorge was nominated in 2004 by President George W. Bush – and confirmed by the U.S. Senate – to serve on the advisory board of the Broadcasting Board of Governors’ Office of Cuba Broadcasting (OCB). Jorge has also received numerous accolades including Ernst & Young’s Entrepreneur Of The Year® Award, PRWeek’s 40 Under 40, CEO of the Year by the Greater Miami Chamber of Commerce, and Ultimate CEO by the South Florida Business Journal.

An inductee into the Miami Dade College Hall of Fame, Jorge earned a bachelor’s degree with honors from Barry University and completed the Advanced Management Education Program from the Kellogg School of Management at Northwestern University.