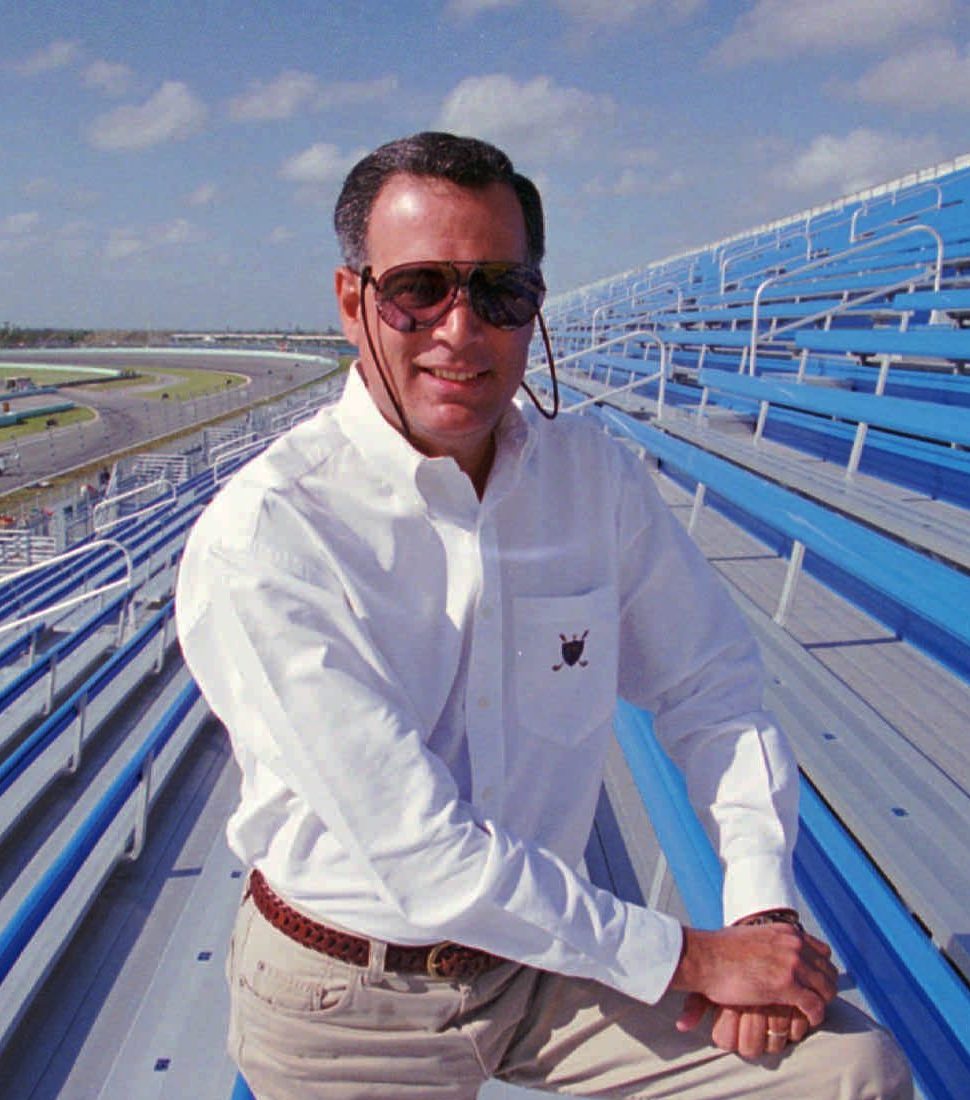 Ralph Sanchez, born in Sancti Spiritus, Cuba, was a businessman who brought auto racing to the streets of Miami in the 1980s and later founded the Homestead-Miami speedway.

As a child, Sanchez came to the United States alone as part of the Operation Pedro Pan airlift. Upon his arrival in Miami, he lived with an aunt and uncle until the couple moved to Nicaragua and then he spent time in an orphanage until his parents arrived and were reunited with him.  He earned an accounting degree from Florida Atlantic University, became a real estate salesman before moving on to become a land developer and then a motorsports promoter.

In 1983, Sanchez, a real estate developer who had done some racing himself, decided that Miami, particularly its Latin American immigrants, would be receptive to an international sports car race. He persuaded city officials to let him organize the Grand Prix of Miami, which sent high-powered Porsches, Jaguars and Corvettes screaming along Biscayne Boulevard and other public streets.  Sanchez was forced to relocate the race several times until the Homestead-Miami Speedway opened in November 1995 with a successful Nascar race. Soon it was a site for IndyCar races and sports car events.   The track was not Sanchez’s only major contribution to auto racing. Believing that he needed a marquee driver to help promote one of his first races, he persuaded Emerson Fittipaldi, a former world champion from Brazil, to come out of retirement.  Fittipaldi had quit racing in disgust after trying unsuccessfully to run his own Formula One team, but the Grand Prix of Miami rekindled his interest in racing in the United States. He went on to win the Indianapolis 500 in 1989 and 1993.  Sanchez owned a share of the land as well as the lease.   He sold his interest to two publicly traded companies in the track-owning business in the late 1990s.

After the 1990s, Sanchez focused his efforts into developing more conventional projects, specializing in mixed-use. He became particularly active and highly respected in the city of Coral Gables.  He published a limited-edition autobiography in 2009 titled My Journey: A Memoir signed with his full birth name, Rafael A. Sanchez, and edited by Susan Cumins.

He died in 2013 and is survived by his wife, Lourdes; a son, Rafael; and a daughter, Patricia Sanchez Abril.