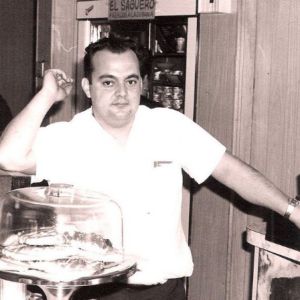 Rafael Rodriguez arrived to Miami, Florida from Camaguey, Cuba in 1961. He learned to cook at an early age in Cuba in cafeterias owned by his family. When he arrived to Florida, Rodriguez worked in room service at Harbor Island Spa in Miami Beach.

Rodriguez later opened Trianon in 1975. The restaurant quickly became a South Florida Cuban staple. In 1999, Rafael passed away of diabetes complications. His wife, Emy Rodriguez, and her mother Leonilia Cruz took over the business and decided to change the name to Palomilla Grill.

Palomilla Grill is still a widely popular Cuban restaurant in Miami. In 2015, Emy and Rafael’s son, Alex Rodriguez, took over the business and began modernizing it, appealing more to young Cuban-Americans, non-Cubans and the traditional older Cuban clientele all at the same time.