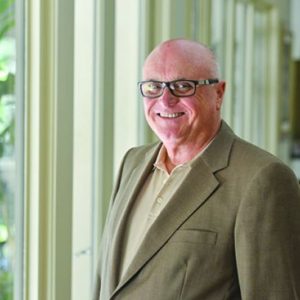 Carlos Saladrigas was co-founder of The Vincam Group, Inc., a Professional Employer Organization (PEO), and the co-founder and Chairman of the Board of Premier American Bank.

Saladrigas earned a degree in accounting. He is a C.P.A., C.M.A., and holds a master’s of Business Administration from Harvard University.

Saladrigas co-founded The Vincam Group, Inc. in 1984 and took the company public in 1996. In March 1999, Vincam merged with Automatic Data Processing Inc. (NYSE:ADP). Saladrigas is also co-founder and Chairman of the Board of Premier American Bank, which provides banking and financial services to small and mid-sized businesses in South Florida.

Additionally, he is a member of the University of Miami Board of Trustees and a member of the Board of Directors of Progress Energy, a Raleigh-based, Fortune 250 diversified energy holding company and of Advance Auto Parts, Inc., the second largest retailer of automotive parts in the United States.

He served as the Chairman at Premier American Bank. He served as the Chairman of ADP TotalSource Group, Inc. and Vincam Group Inc. Mr. Saladrigas serves as Independent Director of MBF Healthcare Acquisition Corp. since June 2006; Duke Energy Corporation since 2012; Florida Progress Corporation, since September 1, 2001 and Carolina Power & Light Co. since 2001. He has been a Director of Duke Energy Carolinas, LLC since 2012. He serves as a Member of the Hispanic Advisory Board of Frito-Lay and PepsiCo Inc. He served as an Independent Director of Progress Energy Inc. from 2001 to July 2012. He served a Director of Advance Auto Parts Inc., from May 22, 2003 to May 18, 2016.